Bickering and arguing can drive you crazy, can’t it? Yet our children usually learn to deal with conflict from us. When two sinners marry, sure, there are going to be times they disagree. It seems like our enemy works overtime, though, to bring conflict into homeschooling marriages.  Our family missions are so likely to play havoc with his plans for the next generation that perhaps we get a little extra attention! Michael Smith of Home School Legal Defense Association confirmed this when he told us recently that he and his staff are hearing from more and more serious, committed, Christian, homeschooling families whose marriages are struggling.

It doesn’t have to be this way, though. We’ve learned that a lasting marriage isn’t one without conflict, but one where conflicts are resolved in a way that strengthens our bond. We’ve agreed on some principles of disagreement (odd as it sounds) which help this happen. What’s more, it’s a great life skill for our children to learn, too, because these principles apply to all our relationships.

What’s the worst thing that can happen to a marriage? Short of homicide, it’s the death of the relationship. As long as you’re willing to admit the possibility of divorce, you allow doubt, not trust, to develop; and you give even small disagreements an explosive power. Instead of living in openness and vulnerability, we stockpile our weapons and build defenses.

We all know divorce is destructive. It doesn’t free the angry spouses; it binds them up with a family court judge, often for decades. Instead of just breaking a friendship, it’s like tearing flesh.

If marriage is a picture of Christ and the church and He promises never to leave or forsake us, then how can we live out that example while toying with this idea of leaving each other? And still, some people use the threat as a weapon or escape hatch, instead of working their differences out.

We have a dear friend who was divorced before she knew Christ, and even though she is remarried to a Christian, she is tempted to leave every time they argue; sometimes they both threaten it. From time to time she calls, sure that this time it’s over. Melanie always counters, “So, what biblical grounds do you have for divorce?” There never are. “Well then,” she reminds her, “you guys have to get over it.” Friendships are built on trust; and if you always have the exit in mind, one foot out the door, it will be hard to stay motivated and mend the breaks that occur.
It’s crucial, then, that you start with a commitment to preserving the relationship.

When we got married, for example, we agreed at the very start that divorce was not an option. After all, we were both Christians, we understood the commitment, and any sin that came up was just reason for repentance. Believing this up front changes the whole nature of conflict in a marriage, and it takes the “nuclear option” off the table.

And it’s worth remembering that God commands us to love one another. If it’s commanded, then it’s a decision and an action, not a feeling. Why would Christians say, “We’ve grown apart” or “We don’t love each other,” as if that were an excuse – rather than a symptom? If you don’t love the one you wed, then you need to repent and go do it. God will give strength to fulfill His commands! Remember what it took to build the relationship to start with: start making time for one another, sharing activities, talking, and working together.

We saw a bumper sticker once which said, “If you leave me, I’m coming too.” When you take the nuclear option off the table, it means you are going to have to work it out. That knowledge gives you the motivation to fight fair.

Many people have never seen a healthy disagreement. If you grew up in a broken home (or even just a family that fought ugly), you may have no idea how to resolve conflict without damage. What we discovered is that when one of you wins, you both lose. Either you both win, or you both lose. To keep it healthy, you’ve got to keep the drama out.  Don’t call names and don’t resurrect dead issues.  Constantly reassure each other of your love and respect, and always work towards reconciliation.

We’ve adopted Ephesians 4:26 for our whole family. Paul says, “Do not let the sun go down on your anger; ” so if we’re mad, we don’t hide. We work it out. Sooner or later we’re going to have to apologize and eat our hurtful words, and they taste a lot better when they’re fresh!

There’s a lot of wisdom in that passage. The longer we sit and think about our anger, the more bitterness grows. On the other hand, if we work it out and forgive each other immediately, problems don’t get big and dramatic. We never have a chance to brood over it.

You can’t address things you don’t know about, though. Melanie has found Hal is no good at reading her mind. Hal realizes he may not be thinking what Melanie thinks he’s thinking. So it’s not fair for each of us to get mad at the other, then grow madder still because the other doesn’t get it. We’ve got to keep talking.

Anyone who knows us would laugh at the thought that either of us is even capable of the silent treatment – whether we’re happy or mad! But really, we sulk, too. The solution is to tell your love why – at the right time, in private, with respect, but as soon as possible. How can they repent if they don’t know they’ve sinned? Or how can they explain themselves if they think you already agree? It just isn’t fair.

Leave The Sink In The Kitchen!

But once you engage the problem, deal with one issue at a time. Sometimes the frustration is so great – or you just want to win so badly — you throw everything into the fight, including the kitchen sink.

But is this right? The Lord says, “I will remember their sins no more.” (Hebrews 8:12) When we pray, “Forgive us our sins as we forgive those who sin against us,” and expect God to forgive us immediately, are we secretly keeping score against each other? “Forgiven” means “forgotten.” It’s important to leave God room to work. Jesus said the Holy Spirit would come to convict the world.  We don’t have to “win” by breaking each other’s will – He can do that so much more effectively!

You can see where this is going … maturity, acting like grown-ups, and getting over it. When you get mad, go to your beloved privately, calmly, and without drama.  Explain how you feel, then shut up and listen. Then talk some more.  Deal with it.

Real forgiveness means complete forgiveness. You don’t hold it against them. Not now, not later, not ever. It’s scary, it’s hard, and it takes the Holy Spirit to give you the strength to do it. But turn it around … How incredibly freeing to know that when you blow it, it can all go completely away. When we show real forgiveness, we are imitating the Lord. It doesn’t get much better than that. 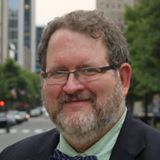 Hal Young, with his wife Melanie, has been involved with parenting, political commentary, writing and homeschooling from coast to coast, including California, Florida, Louisiana, and North Carolina. They have eight children from 20 on down and have homeschooled them from the beginning. The Youngs live in North Carolina, learn everywhere, and believe true riches don’t involve money. 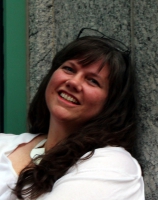 Hal & Melanie Young are the authors of the award-winning Raising Real Men and My Beloved and My Friend: How to Be Married to Your Best Friend Without Changing Spouses. They are publishers, writers, podcasters, and popular conference speakers internationally, known for their Christ-centered focus and making Biblical family life practical. They are the parents of six real boys and two real girls and live in noisy, messy happiness in North Carolina. Connect with them at RaisingRealMen.com or listen in at HalAndMelanie.com/radio